Concept and design of a Shared Dining app developed with the studio Mangan Berlin.
Dine Society was released in January 2017 in Switzerland.

The main goal of the app is to allow users to host dinners in their place and have guests over that book the dinner through the app. One of the challenges of this project was explaining the system to both potential hosts and customers so they understood it quickly without being overwhelmed with information. 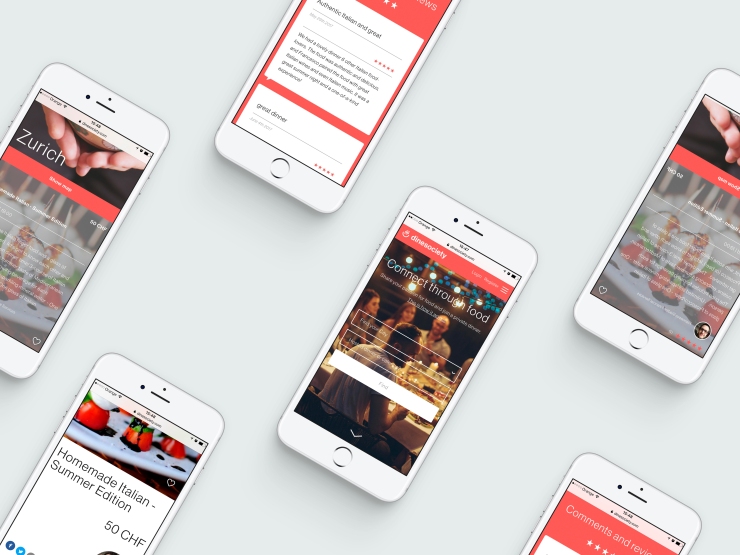 To increase accessibility, the mobile version of the website became very important. Users that are already on their way to the dinner are very likely to check the menu or the address on their mobiles.

The booking system and search engine’s main focus right now, is to make sure as many dinners as possible are displayed when the user searches. Too many filters would make the search more difficult, and considering the website is only starting now, it would mean that not enough results show up. 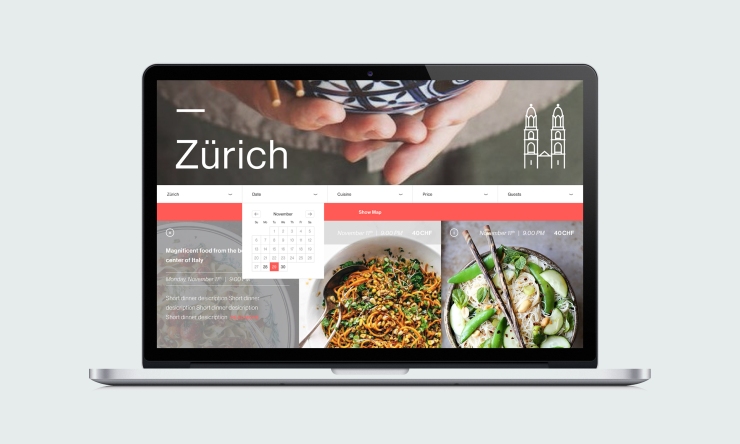 Encouraging the users to host an event was also an important part of the project, especially now, when the website is still in its beginning stages. For that, the “become a chef” landing had to be inviting, descriptive and friendly.

I worked on this project for about two months with the team at Mangan Berlin. My role consisted in first, creating the wireframes, thinking of all the possible pages we would need, and how they would link to one another with the supervision of the senior designer. Then I assisted the Visual Designer with the layout and design of those pages, and created some landings and forms on my own.